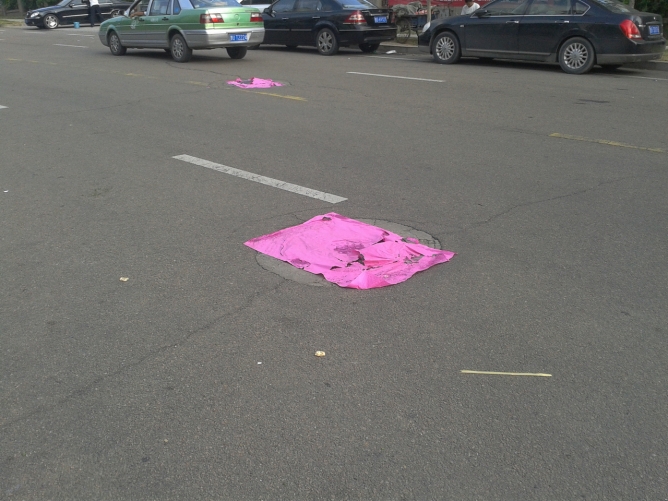 With over a billion people, there are weddings in China every day of the week and Saturday weddings are not necessarily the norm. They always include firecrackers and often “Dragon Dances” and other traditions. Tuesday morning on my walk to my school carpool spot, I noticed that at least two dozen of the manhole covers in our neighborhood had pink paper glued over them.  Already, cars were driving over them and quickly creating pink confetti everywhere.  I learned later the tradition for the new couple stems from the belief of not letting any “luck” run down the drain near the wedding ceremony.