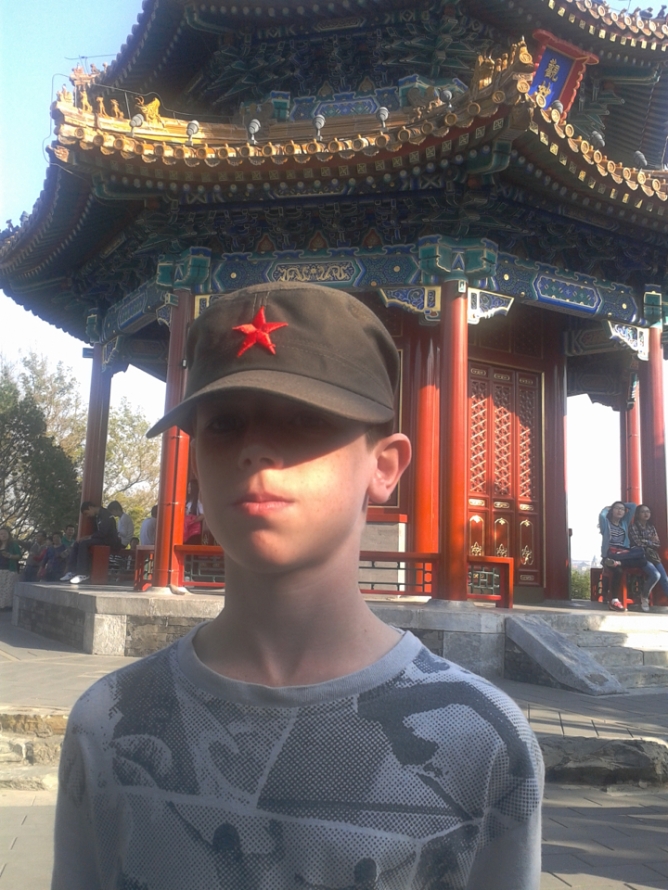 Atop Coal Hill in Jingshang Park and overlooking the Forbidden City, Alex sports his Red Star China Mao hat. The artificial hill was built from soil dug out to create the huge moat that surrounds the Forbidden City.  At the bottom of the hill behind the park is the tree where the last Ming emperor, Chongzhen, after killing his family,  hanged himself when he realized Beijing had no hope from ultimate invasion from a peasant uprising