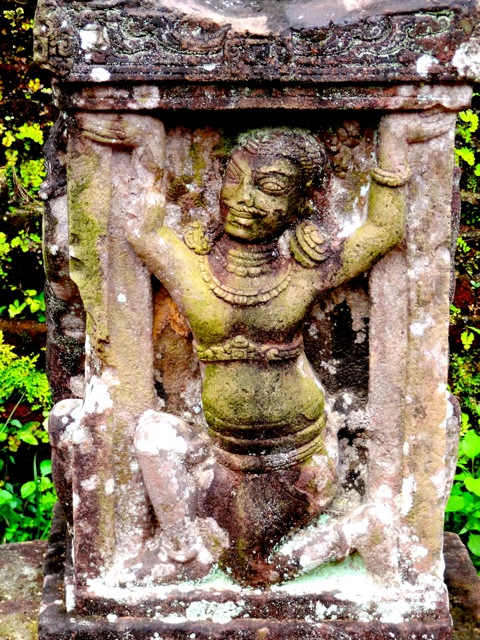 My So’n, the Hindu-Cham World Heritage Site, near Hoi An in central coastal Vietnam, features only a few original works of art. Most were either destroyed during the war with America in the 1969 carpet bombing of the area, or were removed for safe-keeping by teams of mostly French archeologists in the early 20th century. In fact, only one of the heads of all the many full-bodied relief sculptures engravings is original. How it was missed is a bit of a mystery. In any case, restorations have been made to painstakingly replace what was stolen for visitors to My So’n. 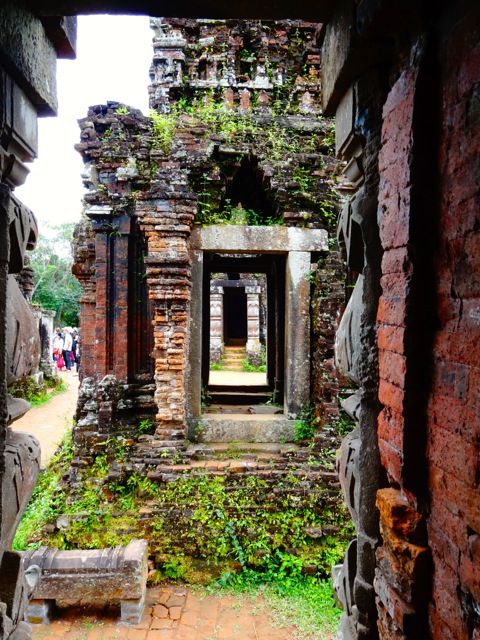 Most of the themes in the sculptures, steles and inscriptions concern, not unlike modern edifices, politics and religion. Many affirm the belief that the kings of Cham were divine and should be worshipped while living and after death, the dedication of temples, altars, the offerings of land and crops to certain gods, and the recordings of great war victories, namely one against the peoples of nearby Cambodia. 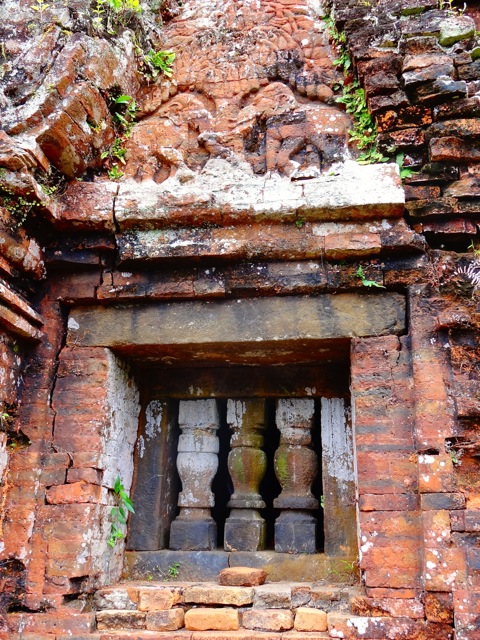