A great perk of traveling the far reaches of the globe is the opportunity to discover what people eat and drink far in distant places.  Most people enjoy fairly mundane and simple food-rice, meat, potatoes, beans, vegetables, fruit, tea, and juices.  When you pay attention and dig deeper, however,  you find the point where roads quickly diverge in the culinary sense, inviting a bit of variety and spice to the more typical fare. CNN’s  Anthony Bourdain, has created a career around discovering new foods and customs much the same way on his show, “Parts Unknown.” 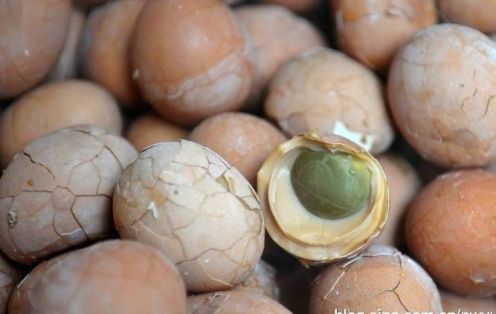 One such example is Tongzi Dan or boy eggs as they are called in English. In Dongyang, in the Zhejiang Province of China, where there is an old local custom of selling boiled, ready-to-eat eggs-not particularly revolutionary.
The major difference, however, is these eggs are soaked and boiled in the urine of local school boys, preferably healthy boys under the age of ten.  Buckets of urine are collected daily with the cooperation of local primary schools, and used for the production of the eggs. Vendors claim the eggs provide protection from a number of ailments, including heat stroke, promote better blood circulation, and invigorate the body. The peculiar taste is said to be one acquired slowly over time, of often, not at all.

It takes nearly a day to create these unique snacks.  Once the donated urine is collected, the eggs soak then boil in large pots for up to an hour.  After cooling briefly, the eggshells are cracked and soaked again to increase the flavor, and simmered once again before being readied for market. Eggs generally cost the equivalent of about 28 cents U.S. each.

Staying in the theme of food and the addition of body fluids from the young is Mouth Lip tea. The small industry is based in the central Henan Province of China-portrayed by its makers as the most pure and refined of all tea in the world. Each tea leaf is picked using only the lips of a special group of virgin girls, especially selected for the unique work.  In addition, the girls are required to have a minimum bra size of a C cup, and have no visible physical defects or scars. 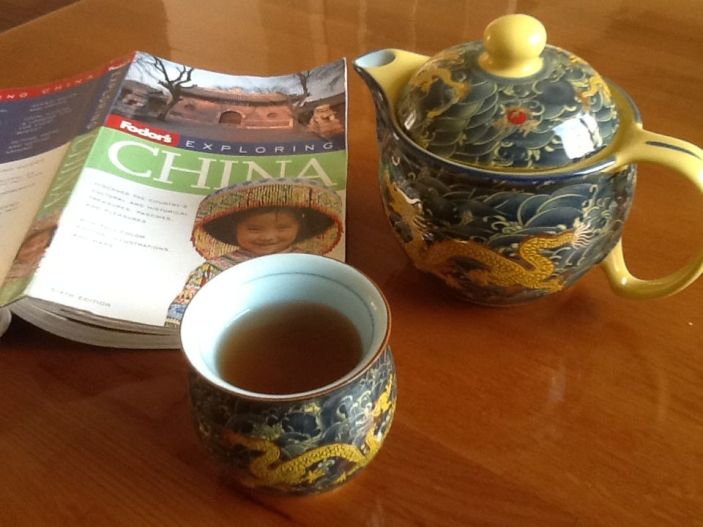 Before starting work each day the pickers must deeply cleanse themselves, and perform a series of warm up exercises involving the neck and head before heading to the fields. At no time, can human hands touch the leaves as the picker’s pluck the small leaves with only their lips and let them fall into a small basket around their necks. Generally, the Mouth Lip Tea girls can earn up to US  $60 per day for their lip service.

The Chinese also produce another famously expensive tea using the feces of their cherished pandas to create a supposedly cancer-preventing tea selling at upwards of US$40,000 per kilo.  Since pandas only digest a third of the many pounds of bamboo they eat each week, the remainder is collected and separated to mix in the leftover bamboo shoots with tea leaves to create the luxury item that according to growers leads to weight loss, and improved appetite and digestion ironically enough. 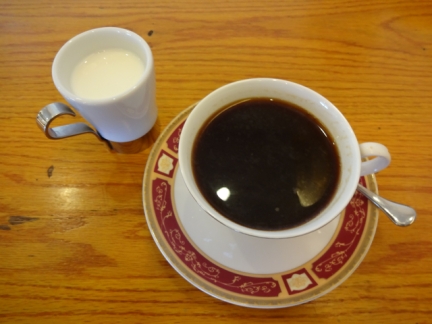 If you are more interested in coffee, Thailand offers coffee beans first partially digested by elephants.  The most expensive coffee, however,  is the controversial beans produced in Indonesia by the small rodent, the civet, which naturally eats unripe coffee berries.  Their dung is gathered, roasted, and brewed into an apparently smooth and flavorful coffee and sold in major cities for around US$30 to $100 per cup. It is no surprise the industry has become cruel and abusive to the animals that create the commodity, with several investigations, namely  by the BBC. Reports of  horrific factory farm conditions all over southeast Asia has done little to slow down the industry.

Commuters in large cities in Asia are often too busy to sit down for a proper meal and frequent the large assortment of vending options at rail and subway stations.  As a result, suppliers have become ever more clever in what they can offer to consumers in food choices. 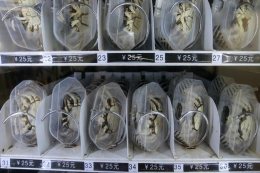 This even includes live crabs. Although not as directly associated with body waste or fluids as many of the previous entrees, crabs themselves certainly are one of nature’s bottom feeders.

Refrigerated vending machines keep crabs at a constant temperature of 5c, which is just warm enough to keep them alive but in a state of hibernation.

A sign on the machine guarantees that you will receive a live crab, or be given three live crabs as compensation. Various condiments such as ginger vinegar are also available for purchase to top off your purchase.  Each crab sells for about US$4.

Many years ago on one of my first trips to Europe, I ended up making friends with a Belgian family and spent a few nights with them in the town of Bruges. One of the local customs in both Holland and Belgium is to eat raw North Sea herring, sans head thankfully, whole.  My friends, of course, bought me a fish to eat, Belgian-style.  The fish is first soaked in brine, and then smothered in white onions, before one holds it by the tail, tipping one’s head back, and dropping the whole fish into your mouth at one time.

I not only survived, but was delighted by the unique and tasty flavors. Later, I was rewarded with several bourbon-filled bon bons to wash down the salt and onions. Unlike say boiled eggs and urine, chocolate and alcohol is truly a win-win in my opinion.I guess the lesson here, of course, is to be open-minded if your stomach and conscience will allow it. As for the panda poo and boy eggs, I am going to leave those to Anthony Bourdain.